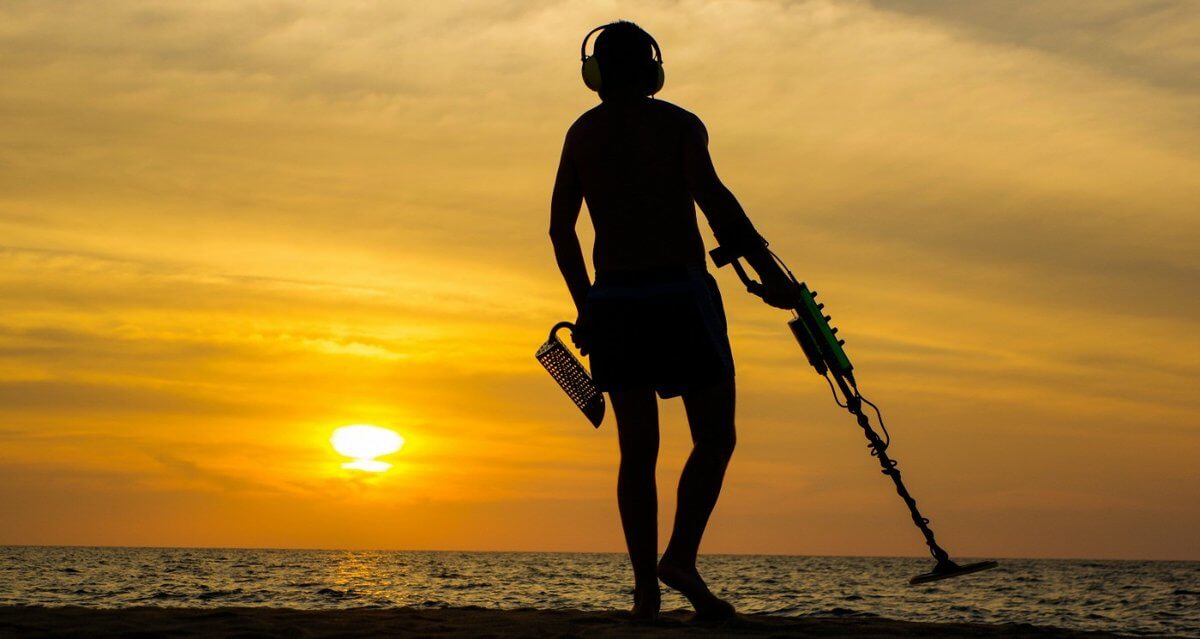 The act of metal detecting is curious and quaint. For some, it’s a fun way to spend an afternoon in the backyard unearthing treasures buried from eras gone by. But metal detectors can also prevent a night of music and festivities for concertgoers from coming to a screeching halt with catastrophic consequences.

For the professional and hobbyist alike, metal detecting offers something for everyone, whether that’s as a way to enhance your own life, or protect that of someone else’s.

It Started With a Bang. Literally.

While many will use a metal detector in hopes of uncovering trinkets, historical artifacts, or even gold (!), the device got its start by seeking out something that was a matter of life or death.

Back in July of 1881, U.S. President James Garfield was injured, the result of what would ultimately prove to be a fatal gunshot wound

. The medical team at his side was having difficulties pinpointing the exact location of the offending bullet, and enlisted the help of inventor extraordinaire Alexander Graham Bell.

Bell, building upon the work of Prussian physicist Heinrich Wilhelm Dove, went to work fabricating a device known as an induction balance. Bell’s device would fail in finding the bullet, believed to be due to interference from the metal springs in the bed that Garfield was bound to. However, the tool worked as intended, and would be credited as the first known use of a metal detector.

What Can You Do With a Metal Detector?

Hopefully, you don’t have any plans on searching for misplaced bullets any time soon, but there’s a still a world of fun to be had with a metal detector in tow! Head out on your own sleuthing adventures, including:

But metal detectors aren’t exclusive to the hobbyist crowd; there’s a whole line of industrial devices that also work around the same technology, and you may even encounter many of these devices on a daily basis. These include:

A Make and Model For Everyone!

Resembling a long wand of sorts with a round end, handheld controls, and a headset worn by the operator, this is quite often the look of many detectors used by hobbyists and professionals who are on the lookout for metal objects located underground. These types of devices can be broken up into three categories:

Unless you’re tasked with managing safety protocols at government buildings, then chances are pretty slim that you’re ever going to have to concern yourself with price, specs, and features of industrial detectors.

These are models of the pass-through variety, the type that you generally encounter when heading into a courthouse or catching a flight at the airport. While you certainly won’t see beachcombers using these to dig up treasures on the waterfront, they are still metal detectors nonetheless, and are invaluable when it comes to protecting life and property.

Ever go to a concert or sporting event and wonder why it’s taking so long to get to your seat?

That’s because your safety, and that of everyone around you, is being protected by the hard work of venue employees armed with handheld metal detectors.

As the name suggests, these devices are portable and designed to alarm whenever passed over metallic items. For that reason, personnel will generally scan the wand around specific locations (legs, pockets, etc.), and will often conduct a physical search of items such as bags or purses.

When trying to usher a large crowd into a venue, you’re going to encounter people with varying degrees of metal on their person. Everything from body piercings, jewelry, clothing accessories can cause a detector to alert.

That’s why the MD-3003B1 model of handheld detector has become such a favorite of security professionals. Applauded for improving outcomes at security checkpoints at events, this unit answers the demands of what an effective handheld scanner should be.

Thanks to Low Sensitivity Operation, the MD-3003B1 can be configured to only notify in the presence of larger metal items. The amount of time this saves both users and patrons is astounding, since the unit will only trigger when passed over items that could potentially be dangerous, and not every single jacket zipper and lapel pin.

And since a lot of people will presumably generate a lot of noise, trying to listen to the chirp of a metal detector can prove to be almost futile. That’s why the developers of the MD-3003B1 had the foresight to include the option for vibration notifications. By pressing and holding the Vibration Button during use, the user will be notified via vibrations in lieu of sound alerts, allowing for better screening accuracy.

Light in weight to combat hand and forearm fatigue, and a bright red and green LED visual output round out the list of features included with the MD-3003B1. And while the MD-3003B1 is a great tool for security and preventative measures, it is worth nothing that the device isn’t suitable for searching out items underground, nor will it locate gold or harmful levels of lead in food (there are other models designed specifically for these applications).

What’s in Your Yard?

There’s something fascinating about uncovering items that have been buried away through the use of a metal detector. The satisfying “beep” when you pass over a metallic material is cause for excitement, even if what you discover turns out to be an old tin can. And models designed for safety, including the revolutionary MD-3003B1, have made it safer for sports fans and concertgoers to enjoy their favorite events without fear.

Metal detecting isn’t just a hobby for retirees hanging out at the beach on the weekend; it’s a great experience that can be shared amongst families and friends. It’s a fun way to get outside, enjoy a little fresh air, and even get in some exercise while at it.

And who knows, your own backyard may hiding a trove of treasures far exceeding anything you could have ever imagined!