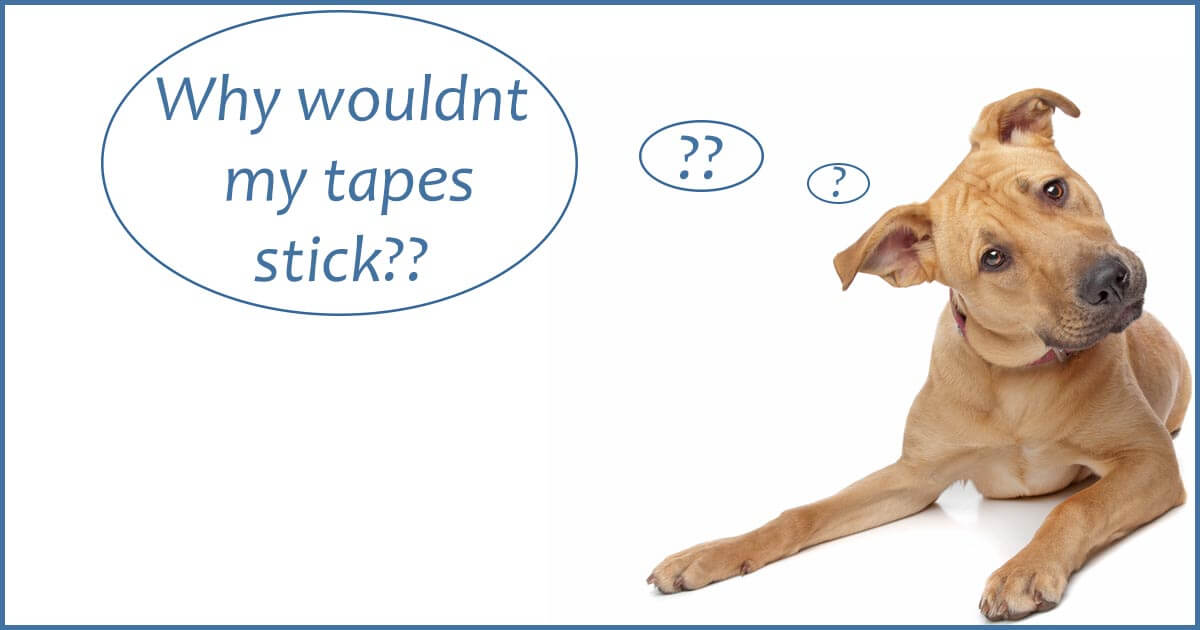 Tape generally has one purpose to fulfill, and that’s to stick things together. Whether it’s a stack of Christmas gifts or on steam-filled pipes located onboard an ocean liner, if it doesn’t adhere to the surface it’s applied on, then that particular roll of tape hasn’t lived up to its promise.

For the sake of this article, we’re going to delve into some of the reasons why industrial tapes may not work as intended. Often found in and around businesses that are sometimes frequented by large amounts of people, the responsibility of products like anti-slip tape is simply too great for there to be a chance that they may fail.

The adhesives in tape are unique in that they function as both a solid and a liquid. In their liquid state, varying polymers on the underside of a piece of tape work their way into the nooks and crannies of the surface being placed on and form a bond. Once pressure is applied, that bond is further augmented by what’s referred to as Van der Waal forces, which are attractions between neutral charged molecules. While the tape is secured in place, it has now taken on characteristics of a solid.

The mechanism through which tape works can be repeated over and over, allowing for re-application. That is, until something interferes with the molecular bond between tape and substrate (the surface it’s being stuck to).

For the geeks out there, here’s a video explaining how tapes work:

So, why exactly is your tape not working the way it’s intended to? Here are a few possible reasons:

The good news is that many of these issues can be corrected with very little effort. Something that may almost seem like an afterthought, such as not applying enough pressure, can almost certainly cause tape not to stick. The same goes for using a product that isn’t recommended for the type of job at hand, like trying to use a non-waterproof tape over a leaky valve.

A dirty or otherwise contaminated surface will also negatively impact the adhesiveness of tape, if not during the initial application process, then in the form of decreased longevity and usefulness. Much in the same way that you wouldn’t apply a fresh coat of paint or new wallpaper to an otherwise dirty surface, the same holds true for industrial tapes. Thoroughly wiping, cleaning, and stripping any old paints or other coverings from your desired site of application will improve the likelihood that your tape will adhere as intended.

The temperature of the surface can also be a factor as to why a piece of tape may fail, as excessive cold can disrupt the desired molecular bond. Properly warming the substrate will facilitate an easier, smoother application of your product.

Also, it has been discovered that tapes generally won’t adhere particularly well to surfaces comprised of recycled material, so keep this in mind and seek out products that are made for your particular situation.

But What if The Tape Really Is Defective?

As with any product that a company may manufacturer and sell, there is always the chance that a very small percentage of inventory is defective. And there’s a very simple way to find out if that’s the case with tape.

Using a brand new piece, try applying it to a clean, smooth surface, one that it should adhere to without any problems. Generally, a piece of a glass or a mirror works well.

Does the tape stick without issue? If so, then the problem is with your surface, not with your tape. Follow the steps mentioned above and you should be fine.

However, if the tape fails to stick properly, then the product you have may indeed be faulty. Follow up with the retailer you’ve purchased it from and see about getting a suitable replacement.

How To Make A Sticky Situation Even Stickier

There may be instances where there’s nothing mechanically wrong with the tape, and you’ve followed all the necessary steps to make sure that the surface is clean and otherwise as accepting as possible for your product. However, no matter how perfect the situation may seem, there may sometimes be a chance that the bond between tape and substrate just isn’t as strong as it should be.

Although possible with any type of tape, this more commonly happens with anti-slip products. Any easy fix is to apply a thin layer of silicone sealant around the tape’s perimeter prior to application. This should help increase the binding between surface and tape, one that will potentially require the use of a scraper when it comes time for removal.

Rare is the occurrence when a roll of tape simply refuses to work as it should, with the culprit for an inability to stick often being an improperly prepared surface or minor errors on the user’s part. But getting in front of any potential problems before they arise can save a lot of headache and time spent unwrapping and re-applying your tape.